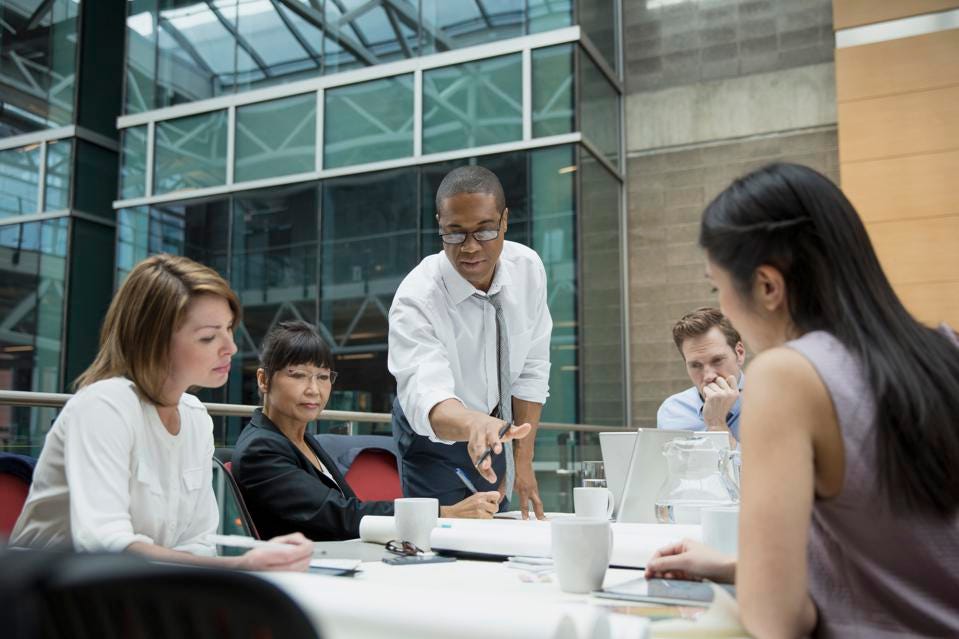 As a coach who works with executives of all stripes, I tend to run into one personality type constantly: the alpha male. It makes sense; the traits that alpha males possess are often a boon when it comes to climbing the corporate ladder. But there are also drawbacks that emerge from alpha behavior, and as alpha males rise into leadership positions, those drawbacks can become serious limitations. As a coach, it’s my job to help clients learn to control those negative sides of their personalities. Doing so allows them to grow both personally, and as leaders within their organizations, benefiting not only themselves but all those around them as well.

What Makes An Alpha?

In nature, the alpha is the highest-ranking member of a group of social animals. Sometimes that’s an alpha female, but in most species, the alpha male is the dominant member of the group — first in rank, first to eat, first to breed.

In humans, we use the term alpha male to refer to men who share similar traits to their animal counterparts: dominance, leadership, strength, confidence, etc. There are plenty of women with these same traits, and they’re quickly carving out a bigger place in the business world, but generally, most people who exhibit alpha personalities are men.

Just as humans are more cognitively complex animals than wolves, so too are the behaviors of our alphas. The four distinct types mentioned above clearly demonstrate that complexity, and most alpha males fit into more than one of those categories. Naturally, the impacts they can have on social groups are equally complex.

In a business setting, an alpha male can represent both a leader who raises the performance of everyone around them or a toxin that poisons the work environment and drags down the entire team. On the positive side, alphas are driven, tenacious, natural leaders. They can garner immense respect from their peers and act as positive role models to those around them. On the negative side, alpha males often take those otherwise positive qualities to the extreme, letting competitiveness turn friends into enemies, stepping over others to serve their own ambition and allowing aggression to emerge in inappropriate ways.

Daniel Coyle, author of The Culture Code: The Secrets of Highly Successful Groups, refers to these kinds of people as “brilliant jerks.” These high achievers get great personal results but have such a negative impact on their work environment that they actually decrease productivity. Coyle argues for getting rid of them altogether, but as a coach, I believe that would be a tragic waste of talent.

The negative aspects of alpha behavior can become huge problems in leadership positions, so it’s incredibly important to find ways to teach alpha males to control the negative sides of their personalities and to nurture the positive sides.

My work in neuroplasticity has taught me that there are few, if any, aspects of the mind that can’t be changed through the directed rewiring of the brain. That holds true for helping alpha males become more positive, but some very important factors must be considered that are unique to working with alphas.

The main one is that alphas don’t like being told they need to change. Approaching an alpha in this way will almost always result in defensive resistance. Instead, to get through, coaches need to convince alphas that changing their behavior patterns will make them more alpha. Once they’ve bought into the idea that subduing the more destructive aspects of their personality will make them more powerful, more respected and more rewarded, alphas will often happily pursue change.

From there, the key is working to generate a deeper level of self-reflection, an area in which alphas can sometimes be naturally lacking. Once an alpha starts to analyze their own behavior in the context of how it impacts those around them — especially betas and omegas — and not just themselves, they’ll be well on their way to becoming the kind of leader all companies need in order to truly thrive.