How To Embrace Power And Achieve Career Success 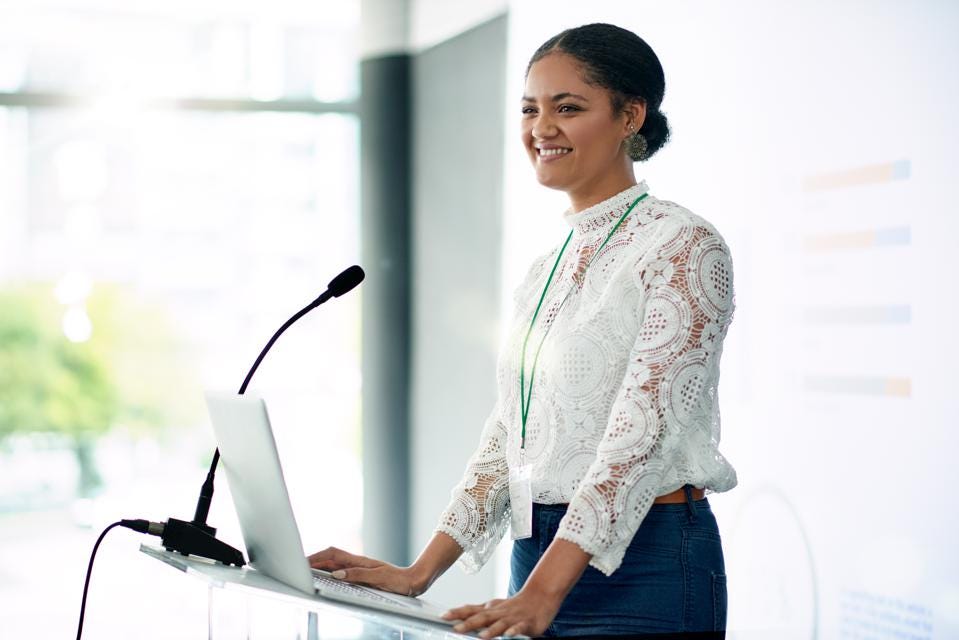 Throughout my career, I’ve talked to many women and men whose current accomplishments didn’t line up with what they knew they could achieve. What was holding them back? It wasn’t their work ethic. Many of them were hard-working and highly motivated. But one of the things standing in their way was their relationship with power.

I found it was often women who were struggling. It’s not that they didn’t like or want power; many weren’t gaining access to power because the same people have wielded it for a very long time. It’s hard to break down the doors and get in. This year, women CEOs of Fortune 500 companies hit a record high of only 6.6%. For women and men of color, these numbers are even smaller.

The barriers to entry are vast. For example, women in positions of power often face a lot of criticism and double standards. Men are expected to be ambitious, but how many women are praised for being at the top? According to Harvard Business Review, managers tend to use more positive words to describe men and more negative words to describe women during performance evaluations. I believe this is because social constructs have long rendered women and minorities as “weaker” or “inferior.”

As a result, I’ve observed some professionals who have internalized double standards about power. But I believe you can help change your relationship with power using something called “neural rewiring.”

Our brains constantly adapt and change. Studies by neuroscientists have shown that the brain is capable of basically rewiring itself in response to new stimuli. When something new becomes a habit, our brains form new neural pathways to accommodate the change. You can rewire the neural pathways that control thoughts, emotions and more. What this means is that you can essentially rewire your brain to think about power in a different way. First, you have to remind yourself that you deserve to have power. Here are four tips to help you do that:

1. Don’t downplay achievements. When you downplay your successes, you are saying to yourself — as well as to others — “I don’t deserve it.” So, avoid statements like “It was nothing” or “Anyone could have done it.” When someone praises your accomplishments, simply say, “Thanks.” You are admitting to them and, more importantly, yourself, that you have wisdom, skills and talents that deserve recognition. Revel in your ambition and power knowing that you have worked hard for it.

2. Don’t add qualifiers. Avoid saying “I’m no expert, but …” and “Maybe not everyone will agree, but …” Your opinion is valuable. Remember: You don’t have to justify it.

3. Believe in yourself. It is important to believe that you can handle challenges. When you earn a promotion, try not to worry about whether you can handle the extra responsibilities. You have already proven that you have what it takes. That is why you got the promotion.

Once you start to think differently about your attributes and successes, you’ll naturally redefine your relationship with power.