Do The Things That Scare You 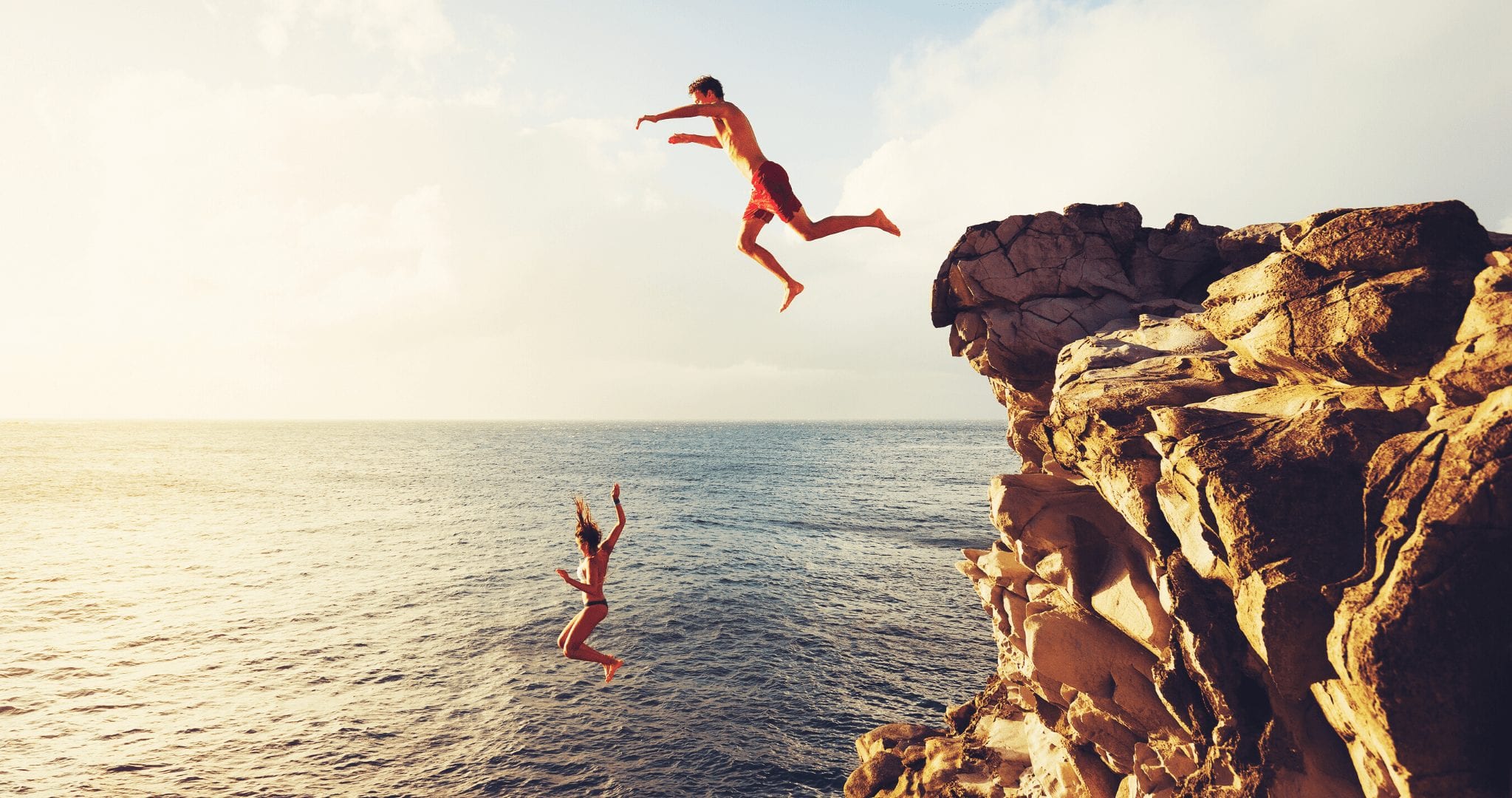 Fear is something that we all experience, but what is most important is how we respond to it.  Fear is a necessary evolutionary response to either physical or emotional danger; it helps us to survive and protect ourselves from real threats that exist in this world.  While fear is there to protect us, it can also hold us back, because sometimes we fear things that aren’t actually a threat.

Fear has three primary responses: fight, take flight, or freeze.  Each of these reactions can have moments of serving us well when actually danger— but if it’s not a life or death moment, fear can hold us back for no good reason. Sometimes, fear is a learned behavior from watching, (maybe someone in your family was afraid of driving so you developed that fear, too); and sometimes, we have a fear response from our own bad experiences. We have to push past these things sometimes to live life to the fullest and not let fear hold us back or control us.

We’ve all had moments where our response to fear was freezing, and while it feels right in the instance, it doesn’t help move things forward toward getting things done.  We can run away and take flight, but that also won’t get things done. We can take fight, and if we’re fighting the fear, then it might be a productive option— but too often, we end up fighting the thing we are afraid of.

Remember that courage is not the absence of fear; it is acting in spite of it.

1. Remember that you will get through it!

Things we fear are almost never as bad as we imagine they’ll be. Often, the worst that we imagine will never come to fruition.  We have very powerful imaginations that can serve us well in life, but unfortunately, can also hold us back if we let it. “Apocalypsing,” as I like to call it, is when your mind goes to the absolute worst thing that can happen, often without regard for what’s actually reasonable.  Yes, planes can crash, but that shouldn’t stop you from getting on a plane and going off to see the world.

There’s always a possibility that things could go wrong. You can plan for everything you can imagine, and then learn that mother nature has more imagination than you do.  So instead of letting the possibility of things going wrong hold you back, plan for as much as you can, and take the rest as it comes.

Regret is a terrible feeling. While it’s true that you’re never too old, it isn’t true that it’s never too late—the last thing that you want to happen is that you get to the end of your life and look back and think “what if?” It’s a horrible feeling, especially when the only thing holding you back is yourself.  Anything is possible if you set your mind to it. Yes, some things take more resources, opportunities, or effort but if you believe it, you can achieve it. Sometimes all it takes is asking for some help from those around you. None of us are making it on our own, it takes a tribe to build the life we want.

3. You cannot have success without failure.

I don’t know what your average success rate is, but I’d estimate that mine is around 20%, meaning that about 1 out of every 5 attempts I make result in success or goes according to plan.  Does that mean I should stop trying to be successful? No. It just means that failure is going to happen, and you cannot have success without it. None of us are perfect, and it’s impossible to get it right 100% of the time.

4. You were meant to shine.

Fear can be a disabling emotion if you let it.  Fear can make us believe that we can’t do something, or that we aren’t worthy of an incredible life. We’re all worthy of living incredible lives and doing amazing things. We all have a purpose and place in this world— don’t let fear stop you from figuring out what that purpose is.

5. It takes time and practice to get it right!

There are very few people who get things right the very first time that they do them. You’re going to have to try a few times and will likely get it wrong before you find out how to do it right (especially if you are trying something new). Get out there, give it a try, and keep trying until you get it the way you want it, (then do it some more).

6. The world needs you and the things that only you can offer.

There is only one you— there’s only one person that has your thoughts, your experiences, and your life.  Each of us has a purpose in this world. Yes, there are likely thousands of people in the world that work in the job that you want, but the doesn’t mean there’s not room for one more. The world needs your voice. Even if you just make the world just a little better for just one person, it was worth it! You are worth it.