The Basics Of Intraoffice Conflict Management For Effective Executives And Managers 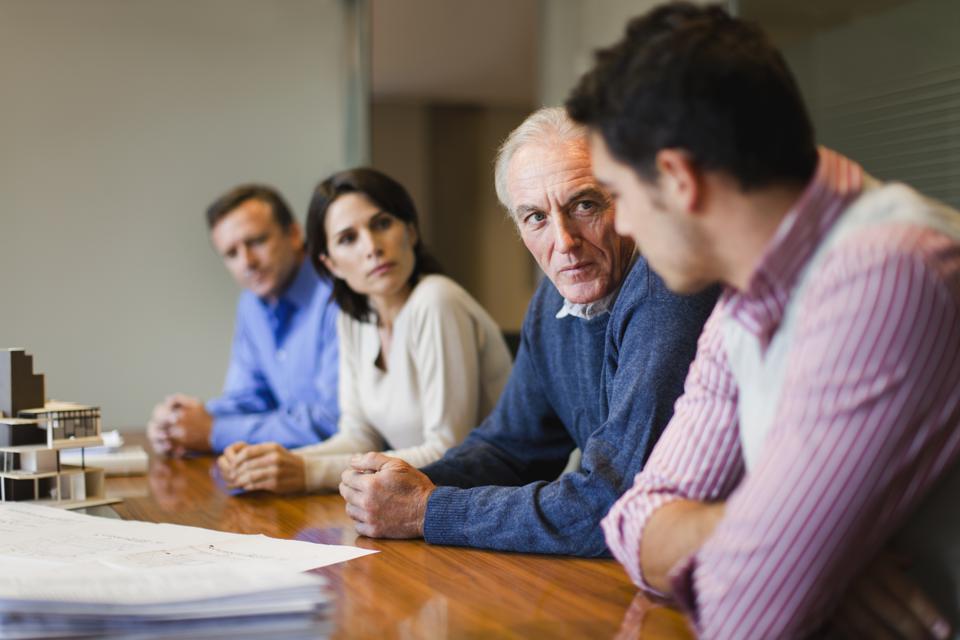 Workplace conflicts are a fact of life. Getting through an entire career without running into some type of interpersonal problem is essentially impossible. With the right support systems, a positive attitude and a little training, most people can learn to resolve those conflicts, but unfortunately, there are a lot of people who don’t have the tools necessary to deal with interpersonal conflicts in a healthy way. In those cases, differences between colleagues can poison not only individual performance but an entire office.

In my practice as a coach, I’ve helped countless clients in executive and C-suite positions learn to mediate their own issues and those of their subordinates, and its amazing how much positive change can be effected when managers understand conflict more clearly.

When conflicts arise at work, unhealthy responses manifest in two basic forms: refusal to compromise and over-compromise. In that way, work relationships are a lot like romantic relationships. But at work, hard authority lines drawn through positional power, like those between a boss and a subordinate, can render the situation much more complex.

Refusal to compromise: When one or both parties refuse to compromise, healthy resolution becomes impossible. There are many reasons why someone involved in a conflict might choose not to compromise. It could be that their ego won’t allow them to. Or they may view compromise as a sign of weakness that undermines their positional authority. Or, they might just not really know how to – an incredibly common social deficiency. In any case, when compromise is rejected, the only solution may be for a superior to step in and take forced action.

Over-compromise: Conversely, some people engaged in conflict want nothing more than to remove themselves from a situation they find unbearably stressful. Like a partner in a relationship who will go to any length or make any change to try to appease their significant other, in a work environment, this kind of conflict resolution never really works out because it’s so uneven. The colleague who over-compromises might temporarily relieve their stress, but they’ll still end up feeling victimized. The colleague on the other side who refuses to compromise will essentially get their way, and their behavior will only be reinforced. In the end, nobody really wins.

It’s important to recognize that conflict is natural, and differences between people don’t have to be destructive or a source of negativity. In fact, they can represent an opportunity. For instance, the same differences that cause a conflict between two employees may enable them to look at the same task from different angles, making them ideal teammates when it comes to solving complex problems at work. But for two people to make the most of their differences, rather than being ripped apart by them, some reframing and conflict resolution is required. Luckily, there are some very straightforward steps that managers and employees involved in conflicts can take to move towards that resolution.

1. Have someone on staff with formal training. The first, potentially most obvious, but also often overlooked solution is to have someone on staff specifically trained in intraoffice conflict resolution who can act as a mediator when needed. Ideally, every employee should have access to some kind of conflict resolution training, but having specific staff put in a position of responsibility for facilitating mediation is an important step.

2. Enable both sides to share their feelings on the situation. Conflict is almost always driven by emotion, and so resolution absolutely requires understanding the feelings of both sides involved. That isn’t to say that both sides are always equally to blame, and in many cases conflicts are heavily weighted to one side over the other. But even in those cases, allowing the aggressor to express their feelings on the situation can shed significant light on why the conflict exists. Likewise, sometimes just hearing an honest description of the way they’ve made each other feel is enough to iron out the differences between two people.

3. Understand ‘WIIFM.’ WIIFM stands for “what’s in it for me,” and it underlies a wide variety of human behaviors. Conflict resolution is one of them, and for mediators, managers and the involved parties trying to iron things out, it’s important to realize that people aren’t likely to change their behavior unless there’s something in it for them. Figuring out the WIIFM factor on both sides of a conflict is key to finding a solution, and any solution should ideally involve both sides giving up something and gaining something.